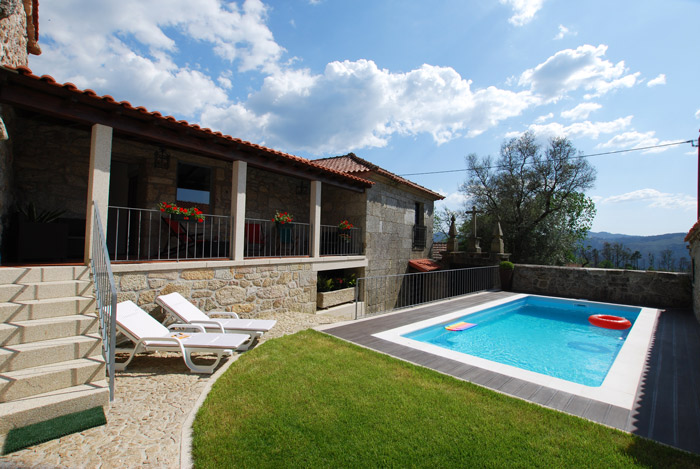 Casa da Torre, named after the tower next to the house, is an 18th-century Manor House on the outskirts of the village of Abadim (municipality of Cabeceiras de Basto).
Inside and out, the House has retained its authentic appearance. The stylish dining room and bedrooms are furnished with original and lovingly restored furniture. On the ground floor, partly underground, is a large second living room and a games room. A nice detail in the living room is the lagar (stone wine press), which was formerly used for pressing grapes by feet, and then with a press to squeeze. Between the house and the old tower is a spacious, partially covered courtyard, where you can enjoy your breakfast and barbecue to have nice dinners outside.
On the other side of the house is the veranda and lovely garden with the swimming pool. Due to the garden being elevated and completely enclosed, it offers complete privacy. From the veranda you have nice views over the fields and the mountains behind.

Opposite the house is a small pasture, and the former eira (threshing floor), which can be used as a terrace. There is also a large espigueiro (a granite granary), mainly used to dry corn. The road that runs along the house is only for the few local traffic.

The village, now part of the municipality of Abadim, Cabeceiras de Basto, was in the middle ages independently.
It had its own council, justice administration and a prison which was located in a tower. Around this tower some houses were built in later centuries, including the 18th-century Casa da Torre.

About three kilometers away from the house, you can visit, in a forest area, the ancient water mills, “Moinhos de Rei”, built by order of King D. Dinis. Here you can make beautiful walks and also find lovely picnic areas.
The nearest river beaches are; Praia Fluvial River Ranha(3.5 km) on the road to Cabeceiras do Basto, and that of the Barragem do Ural (4.5 km) in the Serra da Cabreira.

The distance to Cabeceiras de Basto is ± 5 km. There you will find all kinds of shops, cafes and restaurants, banks, a post office and a large weekly market. In Abadim is a cafe and a small shop selling food and beverages.

The distance to the center of Braga is about 60 km, and to Guimarães (Unesco World Heritage) 45 km. 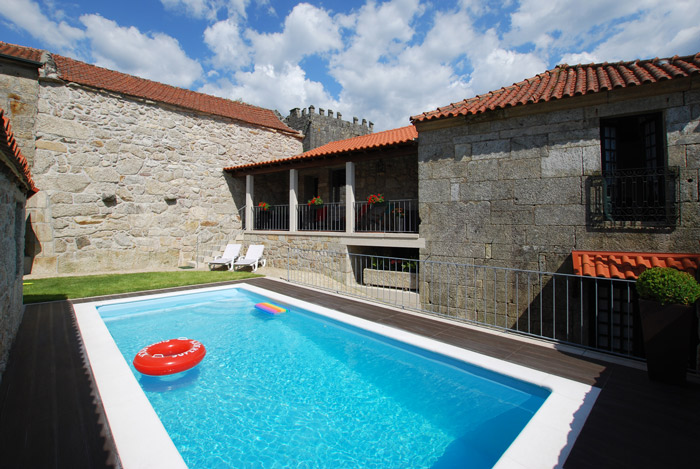